What is Raspberry Pi PCB?

The Raspberry Pi features a series of open source technologies. The foundation of the Raspberry Pi PCB resulted in the launching of a computer module. 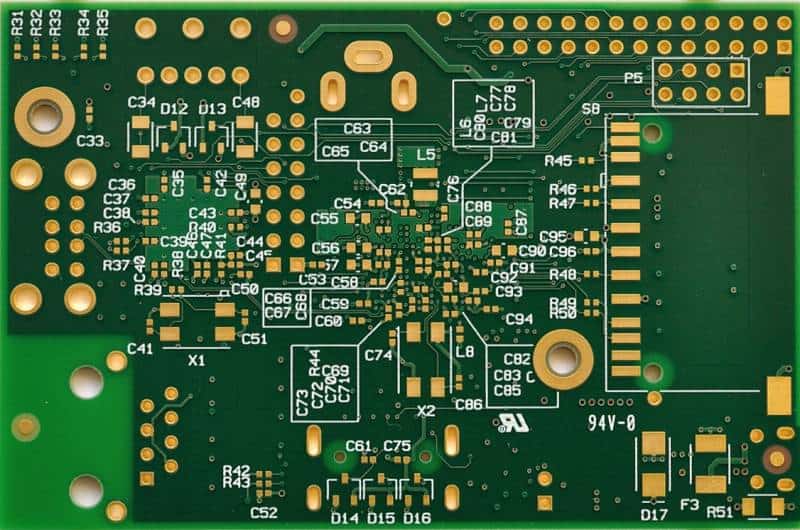 The raspberry PCB features a lot of components. It features RAM, CPU, GPIO pins, processor, and graphics chip among others. This board includes several interfaces for other external devices. Raspberry PCB requires mass storage, which uses an SD flash memory card. This will help this board start up from this SD card. This is similar to how a computer starts up into windows from its hard disk.

The Graphics Processing Unit (GPU) is available in the Raspberry PI board. It is a specialized chip designed to enhance the functioning of image calculations. The Raspberry PCB has a Broadcom video core IV. It also supports OpenGL.

GPIO pins refer to general purpose input and output pins. These pins help to connect with the other electronic boards. GPIO pins accept both input and output commands according to programming raspberry pi. For instance, these pins can connect to the temperature sensor to enable digital data transmission.

The CPU is the brain of the Raspberry PCB. It carries out any instruction of the computer via mathematical and logical functions. The raspberry pi makes use of ARM11 series processor.

This is a small switch mounted on the side of the shield. The power source connector enables an external power source.

This serves as the gateway for interconnecting with additional devices. The Ethernet port helps to connect the home router to gain access to the internet.

This raspberry PCB features ARM1176JZF-S core CPU, 700 MHZ, and 256 MB of SDRAM. This PCB gets its power from a micro USB adapter. The specialized chip enhances the operation of image calculations. This model is for a low-cost application that needs a PC without networking capabilities. Model A raspberry Pi PCB has the following features;

This Raspberry PCB is a BCM2835 SOC (system on chip) board. It features SDRAM of 512 MB, ARM1176JZF-S core CPU, and 700 MHz. The USB port of this board makes use of external data connectivity options only. The Ethernet port interconnects with additional devices and model B’s internet.

This Raspberry Pi board gets its energy from a micro USB adapter. The specialized chip enhances the manipulation of image calculations. This model is ideal for an application where the strongest Pi is important. The model B raspberry PI board features the following;

What is Raspberry Pi 4 PCB?

The price of this board varies based on the amount of RAM it features. The RAM of this Pi is up to 8 GB. However, more gigabytes isn’t necessarily better. RAM helps to save whatever data you open at any time. More RAM is more preferred when intensive data processing is a factor. Raspberry Pi 4 PCB is very fast and powerful. However, you might have to get new cables for the mini-HDMI ports if you are upgrading your model.

Raspberry Pi 400 PCB features a RAM of 4GB. It is the best for portable computing. The Pi  400 is specifically made for desktop use. However, it features GPIO pins for hardware applications and other ports needed for connectivity. Raspberry Pi 400 PCB is the latest model of the Raspberry Pi. Pi 400 was launched in November 2020.

This Raspberry Pi is the most convenient portable Pi ever due to its keyboard form factor. However, this same factor makes it the largest pi ever.

This board offers a good desktop PCB experience. The Raspberry Pi 3 starts up within a matter of seconds. You can open applications such as Mathematica and Libreoffice on this board. These applications work exactly like they should do on a PC. Furthermore, Raspberry Pi 3 is ideal for retro gaming emulation. This board is fast enough to copy N64 and PSX.

The Raspberry Pi 2 PCB was recently upgraded to include the BCM3837 CPU. The major difference between Pi 2 and Pi 3 is the absence of Bluetooth and Wi-Fi. Pi 2 also works like a desktop PC, although it isn’t as powerful as Pi 3.

Pi 2 is ideal for applications that don’t need wireless connectivity. There are not many discrepancies between Pi 2 and Pi 3. The Raspberry Pi 2 doesn’t need much power to run, unlike Pi 3. You can use this board as a desktop PC.

This Raspberry board is the cheapest and smallest Pi available. Raspberry Pi Zero is very lightweight. This board is ideal for embedded applications that don’t depend on wireless connectivity. You can add a Bluetooth dongle or Wi-Fi to this board.

The board can’t function as a general purpose PC. This is because it requires adapters to change from micro USB and mini HDMI. P- Zero doesn’t use much power. It also features RAM of 512MB, which gives you a good desktop experience.

What is a Custom Raspberry Pi PCB?

With the compute Module, you can create a custom Raspberry Pi PCB within a few hours. However, you will need to choose functional components you want in your custom PCB. The compute module allows layout customization and display ports on your custom PCB.

When designing a custom Raspberry Pi PCB, there are factors you need to consider. These factors will determine the specifications of your PCB. Factors like speed, memory, size, and model type should be considered.

Raspberry PI PCBs feature a lot of advantages. These boards are ideal for use in several applications due to the benefits they offer.

This is one of the greatest benefits of these boards. When compared to Arduino, you will realize it is a better option. Raspberry PCBs functions as a single board computer. However, you have a Linux desktop environment to code any language. Raspberry boards are quite popular due to their ability to work with various codes.

Raspberry Pi boards feature GPIO pins. These pins are useful for interfacing hardware and embedded projects. GPIO pins help you know more about component interfacing. With Raspberry PCBs, you can join several digital sensors due to the number of GPIO pins.

Raspberry boards have several sensors. These boards include a lot of GPIO pins and as such, they support several sensors at once. Several modules, displays, and sensors can be connected to the Raspberry Pi PCB.

Serves as a portable computer

This is the greatest benefit of Raspberry Pi. It can function as a portable computer. You can attach a display to it and turn it into a pocket computer. With the Raspberry Pi board, you can connect to WiFi and carry out some tasks a computer does.

What are the applications of Raspberry PCB?

Raspberry PCB is ideal for use in several applications like;

What is the thickness of a Raspberry Pi 4 PCB?

The Raspberry PCB is a functional board with great features. These boards are available in series. The Raspberry Pi PCB is ideal for use in several applications. Due to its inclusion of USB devices and HDMI, it is commonly used by computer hobbyists.