All electronic products across the globe use one form of the printed circuit board or another. Therefore, the significance of PCBs and their manufacture cannot get lost to enthusiasts, designers, and everyday ordinary electronic product users. However, PCBs without the attached electronic components reduce them to bare boards, and therefore their meaningfulness also reduces significantly. The standard electronic components on PCB provide it with the defined functionality required in its specific application area.

Circuit board components come in various forms, and alongside the type of PCB, define the overall application of the circuit board. Therefore, it becomes prudent to factor in the correct electronic components during the design phase to ensure a seamless fabrication and assembly process. Further, it also guarantees the proper functioning of the PCB in their respective area of deployment.

Picking a suitable PCB part can prove difficult as numerous standardized off-the-shelf components exist. While some of the standardized parts can prove alluring due to how fast, convenient, and simple buying process proves, other vital details proprietary to your PCB project may lack. It, therefore, means that the process will become more arduous and lengthier in the long run. But in understanding the electronic components needed for your printed circuit board assembly, the process becomes simpler. 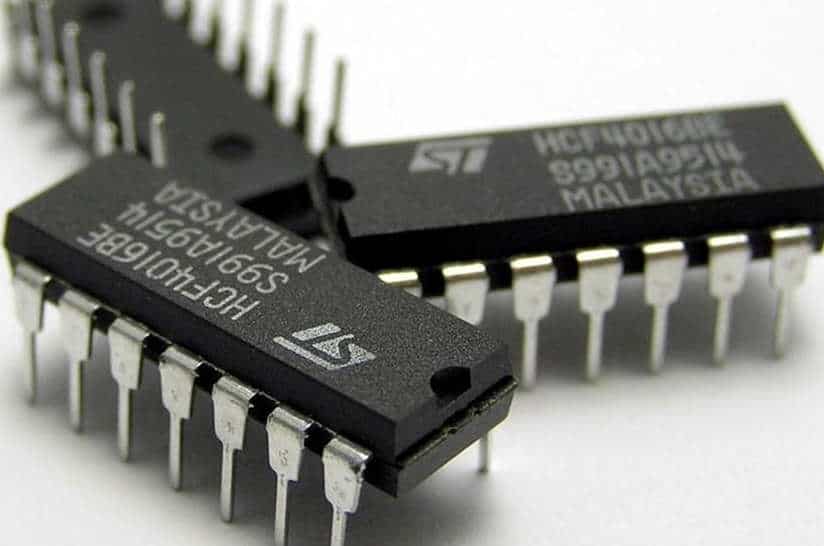 The universality of printed circuit boards when it comes to PCB parts proves unparalleled. Therefore, the ingredients necessary for the whole design process matter, especially for an engineer or designer. It becomes therefore crucial to consider different component aspects when picking them for your PCB.

Aspects to Consider in Component Identification

The type of PCB

Determining the type of printed circuit board needed for the specific project requirements is a critical aspect. Diverse electronic circuit boards exist out there, including rigid, flex, and rigid-flex printed circuit boards. Try and determine whether your project will get served best with either of the three types of PCB before picking the accompanying components.

It is always critical for you to fasten the printed circuit board as a designer or engineer. However, fastening implies using bolts and nuts that you must also factor in and pick. Bolts have different sizes for their length, though nuts mostly come standardized in terms of their sizes. After determining the spots in which you will fasten the PCB, you can pick a suitable bolt fastener or nut fastener.

The Fuse, Battery, transistor, and Diode of the PCB

Universally, components such as diodes, transistors, showers, and fuses prove instrumental elements on the printed circuit board. The battery serves as the power or energy source or tower to power the whole PCB. On the other hand, the transistor becomes instrumental in amplifying the charge while a diode permits the unidirectional current flow by blocking the flow in the opposite direction. Fuses break the current flow, especially when it proves excessive and thus protects the entire circuit.

Printed circuit boards require connectors, and these often come as small devices that can interrupt circuitry or the circuit paths quickly and easily. It comes in different sizes, shapes, complexities, and quality levels. However, the most predominant connector entails the two-piece board-to-board and one-piece card edges. For small printed circuit boards, the one-piece card edge proves the ideal connector.

Other Circuit Board Chips

Plenty of electronic circuit board parts or components go into the PCB manufacturing process in the form of chips. Chips become instrumental for PCBs for diverse reasons and thus get incorporated besides other electronic components like diodes, transistors, and fuses. Chips can contain components like LEDs, copper, potentiometers, capacitors, etc.

The device’s memory proves a vital aspect of the PCB. RAM denotes random access memory and allows for the direct access of any memory cell once you have established the intersection of the cell’s row and column. The position of the RAM connection spot within an electronic circuit board proved vital. It influences the functional efficiency of the PCB. RAM should get placed near the central processing unit socket.

Components on PCB tend to function in complementarity to form a comprehensive system capable of powering our devices. It can compare to the arrangement of a city with the various and instrumental pieces necessary in its proper functioning. So what kinds of electronic circuit board parts exist today?

It represents a popular electronic component widely used in printed circuit boards. Resistors come simple and operate to provide current resistance through the dissipation of electric power in the form of heat. It can come in diverse types, each having a separate range of materials. However, the typical resistor almost everyone knows entails the axial resistor that possesses leads on either long end with different color inscriptions (rings) on the body. The rings function as codes in indicating the resistance value. However, always research or ask RayMing PCB and Assembly customer care for more informative details if you get stuck deciphering the implications of the color rings.

It is vital component that proves popular with almost any type of circuit board. The common components (only behind resistors) function as temporary hold areas for electric charge. Capacitors then release stored charge whenever other areas of the electronic circuit need the extra power. It operates by amassing opposite charges, primarily on two conducting layers that sandwich a non-dielectric nonconductive material. Capacitors get categorized based on the conductor material. Therefore, finding plenty of capacitor types with varied features from high capacitance electrolytic, different polymers, to stable ceramic disc capacitors. Additionally, some capacitors have similar appearances to those of axial resistors. However, the classical one comes in a radial style, complete with dual lead protrusions.

It represents the last member within the linear passive parts or components family. The other includes the capacitors and the resistors. Inductors store energy, similar to capacitors though instead of stockpiling it as electrostatic energy, it accomplishes it in the form of the magnetic field. One of the simplest inductors comes in the form of a wire coil. However, the higher the coiling or windings, the greater the magnetic field the inductor possesses.

In most cases, you will find inductors as wires coiled around magnets with diverse shapes. It amplifies the magnetic field and, as a consequence, the energy stored. The common application of inductors entails deployment in blocking specific signals. For instance, it can block signal interference in radios (devices and equipment) or get deployed alongside capacitors in manipulating AC signals, especially in switched-mode power supplies.

It comes as a variable resistor form and proves common in its linear and rotary types. Varying of the resistance becomes possible through the rotation of the potentiometer’s knob. It accomplishes this by moving the slider contact over the semi-circular resistor. An excellent example includes the volume regulator in radio systems, where it regulates the sound by controlling the total current channeled to the amplifier. A linear potentiometer operates similarly, though the resistance varies by shifting the slider contact along with the resistor. It proves excellent in fine-tuning whenever necessary.

The transmission of electrical energy from a circuit board to the next serves as its primary function. However, the transfer happens with a decrease or increase in the voltage. Like an inductor, a transformer comprises a soft iron core or base with coils (at least two coils) wound around it. It comes in two types – a primary coil and a secondary coil. For instance, the prominent step-down industrial transformers located on telegraph poles represent a typical example. It converts or transforms hundreds of thousands of volts to a few hundred required for household needs.

It is an electronic component, which only allows the unidirectional flow of current – from the terminal denoted anode to the cathode. It functions by possessing zero resistance in one specific current flow direction with high resistance in the other direction. The features prove a key one is also blocking the flow of current into wrong or unintended directions, thereby averting danger or damage. One of the most prevalent diodes encompasses the LED (light-emitting diode), which emit light. Getting the orientation of such a diode becomes key in ensuring the LED functions properly.

It has a widespread reputation as a fundamental building block for contemporary electronics. It is possible to find billions of transistors on one chip. Transistors prove similar to amplifies though ones containing electronic switches. It comes in diverse types, though the most popular proves the bipolar transistor. It (transistors) can further get categorized into PNP and NPN versions. Bipolar transistors contain three pins in the collector, the base, and the emitter.

Transistors are instrumental in detecting, rectifying, switching, amplifying, modulating signals, besides stabilizing voltages. It controls the output current though this depends on the voltage input.

It also gets referred to as thyristors and comes similar to diodes and transistors. Essentially, it implies two transistors functioning together. The SCR has three leads (cathode, anode, and a gate) and contains four silicon layers instead of three. It serves as a switch and not as an amplifier. The other difference entails the need for only one pulse to activate the switch while current requirements are applied consistently, especially for an individual transistor. An SCR also proves ideal for switching large amounts of charge or power.

It represents circuits and electronic components all collapsed onto a wafer created of semiconductor material. The vast number of electronic components capable of fitting into a single chip led to the initial calculator. However, the situation has progressively evolved from more complex devices such as smartphones, computers to supercomputers. IC or integrated circuits function as the brain of the wider circuit. It gets encased within a plastic casing that can vary in shape and size besides visible contacts, significantly when the leads protrude from the contact pads or body under the BGA chip.

A crystal oscillator is instrumental in clocking circuits, especially those that need stable and precise timing elements. It produces a periodic signal by causing a physical oscillation of a crystal material. Every crystal oscillator by design has to vibrate at specific frequencies. It also proves a stable, affordable, and more reliable option possessing a small form factor than other timing methods. As a result, they get deployed as exact microcontroller timers or otherwise inferred as quartz wristwatches.

It mostly gets overlooked though it plays a fundamental role in the printed circuit board. The switch controls the flow of current within the circuit by switching between closed and open circuits. It varies based on the physical appearance, rotary, lever, push-button, key switches, lever, etc. On the other hand, a relay comes as an electromagnetic switch that gets operated through a solenoid. It functions as a temporary magnet whenever current flows through. It thus serves as a witch besides amplifying small amounts of current.

It is instrumental in detecting environmental changes besides generating a signal that corresponds to that specific change. Such signals get sent to the relevant circuit electronic components. It converts energy from the available physical forms into electrical energy, thus a transducer form.

Electronic components are vital for the operational soundness of a printed circuit board. The arrangement of the components on PCB also proves critical in ensuring that components work together. But before understanding the arrangement aspects of the PCB components, comprehend the various components detailed in the article.