Every PCB has an important parameter called Impedance(Z) which is ranging from an average of 25 to 120 measured in ohms. It is the combination of capacitance and inductance in an Alternating Current(AC) characteristic dependent on frequency. Being said significant, certain digital applications utilizing higher frequency require controlled impedance in measurement be within a regulated range with tolerance to maintain data integrity and signal clarity.

Controlled impedance PCB benefits to repeatable high-frequency performance having no reflection. One of which is a transmission line that is formed by PCB conductors having controlled impedance propagating without distortion. It is characterized by physical factors: dimensions and electrical characteristics of the conducting and insulating material of the circuit for impedance matching. In addition, the design of the PCB layer structure composed of the copper line width, routing features and others affects the impedance of the PCB. There are also multiple practices in manufacturing and design that affect impedance of the circuit. Further will be discussed below.

The following are properties of materials affecting impedance of the circuit

The insulated material is also called the substrate which is the board itself. It serves as the electrical insulation between the conductive parts. It has a property called dielectric constant which is the ratio of the capacitance of the material to the capacitance of an ideal capacitor. But in the technical practice of frequency under 1Mhz, it is measured and not calculated since the same PCB material differs in properties in manufacturing due to resin content. 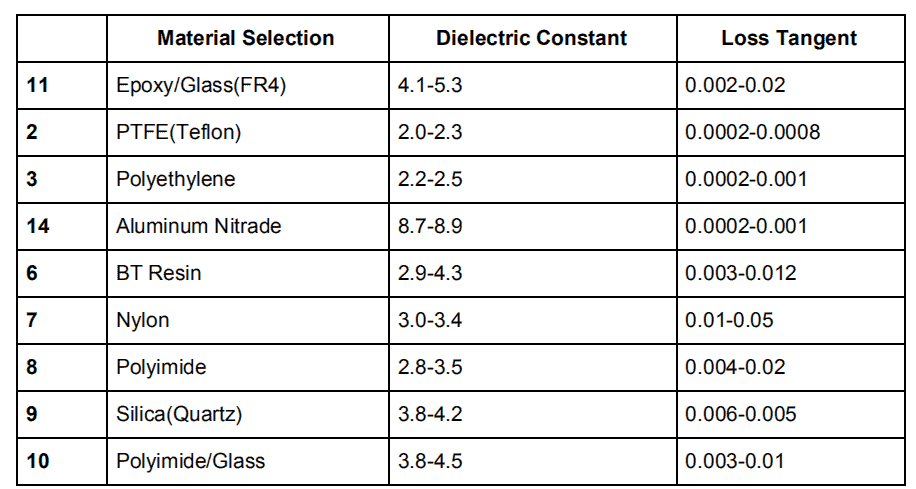 The dissipation factor is another term for loss tangent. It is the measure of signal loss as the signal propagates through the transmission line. The higher the needed Impedance for high-frequency applications, the lower loss material should be used. Table 1 shows loss tangents of the some oftenly used substrate.

Since dielectric constant is inhomogeneous across the sheet cores, using a woven fiberglass style for the PCB core improves it across the materials for better controlling impedance, less power degradation, and avoids signal issues especially for High-frequency signals (>100MHz). A tighter weave pattern causes more uniform dielectric constant throughout the PCB.

A dramatic change of PCB impedance is caused by a dimensional change in trace width. An increase in impedance of 1ohm has resulted from a trace width increased by 0.025mm. While on the other hand, the trace thickness, which on average is 25μm, is composed of copper foil plus coating. 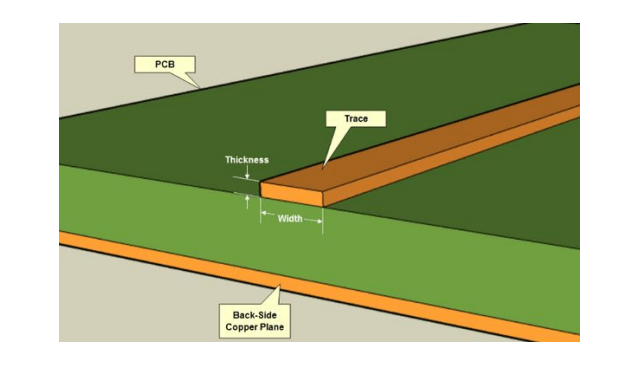 By simply varying these dimensions, expectations of demands of current capacity and better thermal capabilities are satisfied.

To prevent increasing impedance, making PCB prone to interference with others, and to avoid signal degradation, copper lines should not be routed across a split plane. Delay in signal propagation also happens due to increased series inductance. And this kind of design minimizes the current loop area in the return path along with any impedance discontinuity created by crossing the split plane. 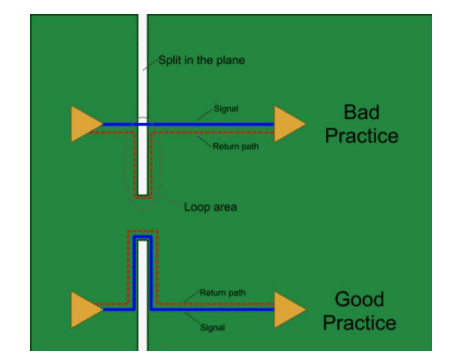 If avoiding traces to cross split planes is not doable, a solution of stitching capacitors across split planes can be routed over it. An exemption can be made if the design objective is to have increasing impedance.

3. Traces with no Reference Ground Points/Planes

Providing a complete ground reference plane on the adjacent layers is necessary either on the top or the bottom layer. Without this, its impedance will be unacceptably high. The connection has to be direct from the component to a ground point in the circuit to ensure low impedance. 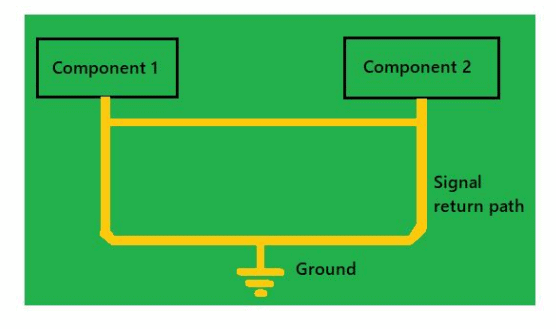 Common prevention of flashover or tracking between conductors is having spaces between them. For the Impedance application, the good dielectric spacing between the copper achieves a consistent electrical performance of the PCB. 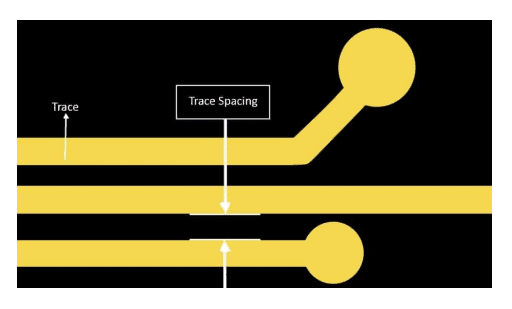 In some cases where the signal goes from a top layer to an inner layer using thick backplane results in reflection since there is excess copper upon applying copper barrel. By using back drilling, the unwanted copper is removed.

By using back drilling, signal attenuation is reduced due to improved impedance matching.

As the thickness of the solder mask increases, its dielectric constant as well increases which inversely affects the impedance of the circuit. 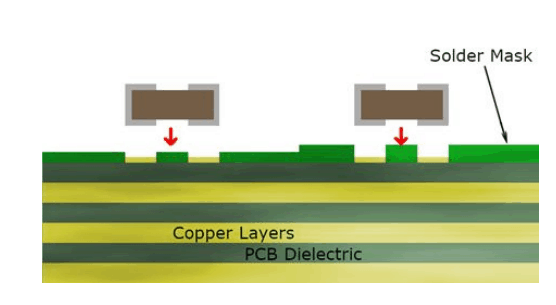 Antipads are where pads where copper is removed since this does not connect to any other plane. The smaller the anti-pad, results in clearer signal quality.

It is not a good practice to use more than 3 different types of pre-pegs in a stack up as this adds to total thickness. Prepeg should be below 10 mils in total. 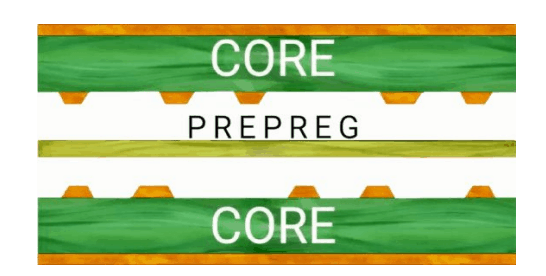 PCB manufacturer receives the design of copper, hole, and ink patterns, which are composed in a board with all the pattern sizes and positions within certain tolerances. In addition, the impedance from the trace is also determined with the tolerance of width, height, and dielectric thickness. Since there are limitations in achieving dimension requirements, the first pass is not as simple as targeting. When the first board is produced, adjustments are made to get as close to the target impedance as possible. A typical tolerance on final impedance is +/- 10%. As their process of manufacturing is composed of Etching, Engraving Photos, multilayer processing, and drilling masking, finishing and finally testing.

The following are practices of manufacturing PCB to achieve the desired impedance.

It is usual practice that designs by engineers are reviewed by Manufacturers. In this manner, dimensions of track widths, copper layer spacing, copper weights, and the base materials are suggested for achieving the impedance required. Not only the manufacturers are knowledgeable in the tolerances produced from the manufacturing phase, but also has the access to industry standard software in impedance calculations

Some Manufacturing companies have full strict on incoming inspection(IQC) for all laminates, pre-peg and copper foil. This is done since raw material thickness variances affect the controlled impedance of the circuit.

B. TOOLS USED FOR MANUFACTURING

The following are tools and equipment of manufacturing PCBs to achieve the desired impedance.

TDR testing is a method of ensuring correct impedance reading on a PCB upon producing. An electrical signal is sent to a PCB and is reflected back to the tester for extraction of the data. It is the measured impedance values over the distance of the PCB presented in graphical form. For ease of analysis, the data can be presented with average, standard deviation, minimum and maximum values. 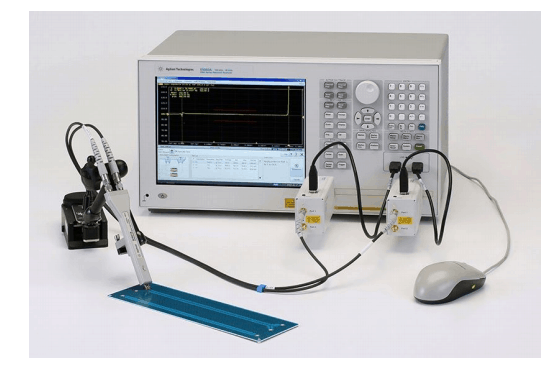 It is highly recommended for the analyzer to be reading an impedance capability of 150ohms with 1% tolerance. By this specs, a bandwidth of 7 gigahertz is attained supporting highly performing application PCB.

Laser direct Imaging equipment eliminates variances in trace width. Once the PCB has undergone this procedure, the configurations of the etching process and solution for the PCB has been determined to meet the desired impedance. This is also done to avoid under or over-etching. 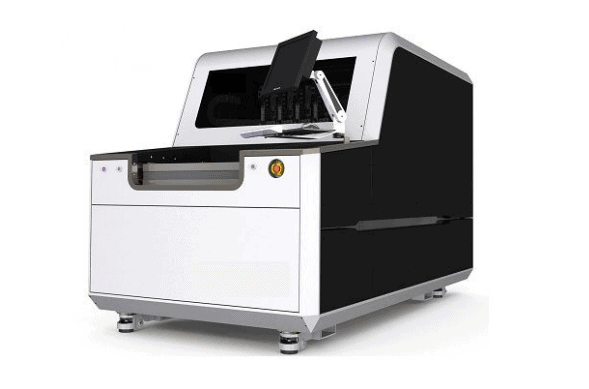 With the complexity and multifunctionality of today’s electronics board to meet the desired impedance, considerations are made to have verification methods to maximize signal integrity, minimizing noise, and eliminate reflections. The following common methods for determining impedance are made simple.

The Smith chart is a graphical method to determine the reflection coefficient relationship between source and load impedances. It presents a circular plot with a number of interlaced circles to determine matching impedance. There are no computations required but it takes effort to read the parameters around the circle. 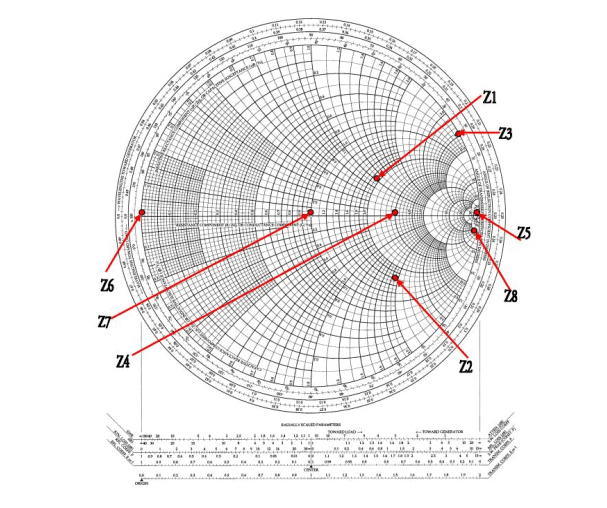 In other words, the impedance matching is done by examining the load. And not only impedance is determined, but as well as other characteristics of the load such as admittance, gain, and transconductance.

Control impedance calculation is mostly included in PCB design software that comes at expensive prices. One of its advantages is that other parameters are available for automatic modification for various simulations best suited for manufacturing. Popular software includes Altium, KiCAD, Eagle, EasyEDA.

Every Impedance Calculator requires the same computing parameters namely substrate height, trace width, trace thickness in SI Units, and dielectric for both microstrip and stripline models. And also provide a guide in determining the best material suited for allowable dielectric constant. Every calculation is made from equations as presented below in case of Microstrip Impedance: Impedance calculating tools are available for ease of use online. Further parameters and details of different transmission lines presented below.

A microstrip is a transmission line with a flat conductor suspended over a ground plane. The conductor and ground plane are separated by a dielectric.

The stripline uses transverse electromagnetic radiation. A stripline is constructed with a flat conductor suspended between two ground planes. Its advantage is its isolation between adjacent traces has improved.

The edge coupled differential microstrip is commonly used for routing differential traces. It is composed of two traces referenced to the same reference plane with dielectric material between them.